When they came for the Sheepdogs at Malheur

“NONE of the reasons NOT to get off the boat…change the fact that if I don’t, someone else will have to.”  Gypsy RavenWraithe

A requiem for the III% and similarly minded patriots

there were those who just wanted it to go away
those who prayed, those who laughed
those who couldn’t be bothered to care
some implored – “stand down, stand down, the time has yet to come”
having forgotten “Again I say, defy, resist, evade, smuggle, if you wish to stay free.”
most just stayed away

they did so with the breathtaking cowardice of a bully lusting for blood
and with a might that only a despot and his lackeys can wield
big guns, big trucks, big signs, big show of force

and most of us, just “bumps in the road” – just stayed away 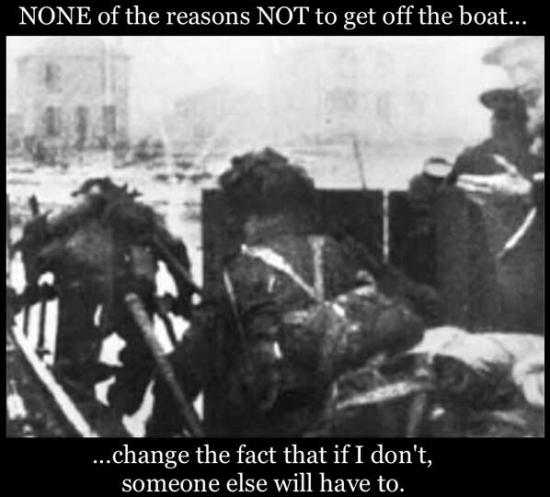 2 Responses to When they came for the Sheepdogs at Malheur