The FOIA has become a real thorn in our governments side. Expect that to go by the wayside (like our Constitution) any day now. 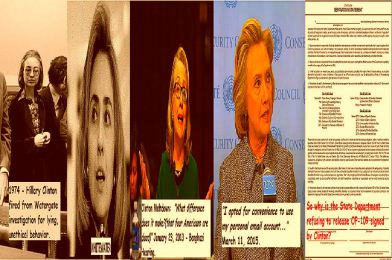 At the same time, after repeated requests for access to Clinton emails and documents under the U.S. Freedom of Information Act to the Department of State went unanswered, the Associated Press filed a FOIA request.

Fox News – The Kelly File has requested more than once this week a copy of Form OF-109 (Separation Agreement) which Clinton should have signed upon leaving her position[i]. (See Sara Noble of Independent Sentinel’s article entitled, “Hillary Is Being Investigated for a Possible Felony”)

Again, repeated requests to the State Department went unanswered which prompted The Kelly File on Friday to file a FOIA request.

Déjà vu, America as we witness the continuation of an ongoing…